After the World Ends, an anthology of post-apocalyptic films.

(From the Kickstarter)
Pulse is an independent label based in France, run by two passionate guys, Claude Gaillard and Guillaume Le Disez, to share their love for exploitation cinema, with books, blu-rays and records. Two years ago, Claude wrote a book in French about post-apocalyptic cinema, which was welcomed with enthusiasm, even beyond the community of “madmaxploitation” lovers. We’ve decided to publish an English version for the book, called After the World Ends. A revised and augmented version, with 256 pages in color, with hardcover 19x26cm (comics format).

In After the World Ends, you will be taken on a journey through post-apocalyptic cinema from its origins to its Golden Age at the VHS era. With dozens of films reviewed, hundreds of photos and posters, and the recurrent themes and tropes typical from the genre explored in detail. Packed with brand new interviews with the people who made the films including Fred Williamson, Sergio Martino, David Worth, Rae Dawn Chong, Steve De Jarnatt to name a few, After the World Ends is not to be missed by aficionados and new comers to the genre. Let “The End” begin. 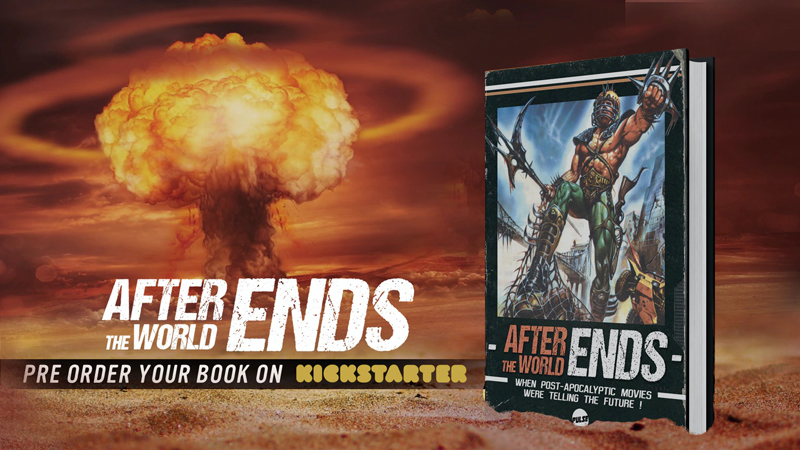