Twilight: 2000 – Roleplaying in the WWIII That Never Was. A classic tabletop RPG returns in a new retro-apocalyptic edition, from the makers of the ALIEN RPG and Forbidden Lands. The new retro-apocalypotic edition of Twilight: 2000, published in partnership with Game Designers’ Workshop, goes back to the roots of the franchise with a boxed set for sandbox roleplaying in the devastation of World War III. The new edition will be the fourth in the series, the first being released by GDW in 1984. Just like the original version, the new edition is set in a year 2000 devastated by war – now in an alternate timeline where the Moscow Coup of 1991 succeeded and the Soviet Union never collapsed. 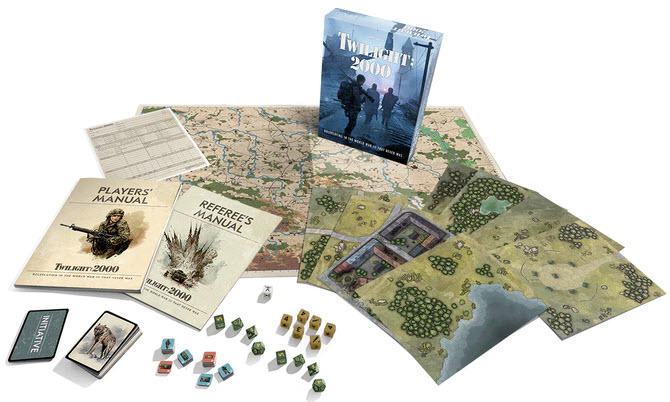