The Blasted Earth a Post-Apocalyptic RPG on Kickstarter

We got another apocalyptic game campaign running on Kickstarter right now. It’s a good time to be a Friend of the Apocalypse.

The Blasted Earth
From the Creator of the first science fiction RPG (Metamorphosis Alpha) and the first post-apocalyptic science fantasy RPG (Gamma World) comes a new game. James M. Ward and Stephen A. Lee have created a unique science fiction role-playing game, The Lost 77 Worlds RPG. The basic set included a theme park on Luna and now they are releasing a game expansion for Earth Prime. The Blasted Earth is the Ultimate Apocalyptic Planet.

James M. Ward has re-imagined a Post-Apocalyptic Earth after a massive Alien attack. The Blasted Earth is intended to be the Ultimate Apocalyptic Planet. This creation details Earth Prime and expands the rules to include Alien Encounters, Human Mutations, Mutant Plants and Animals, and Alien terrains from xeno-forming attempts gone awry. 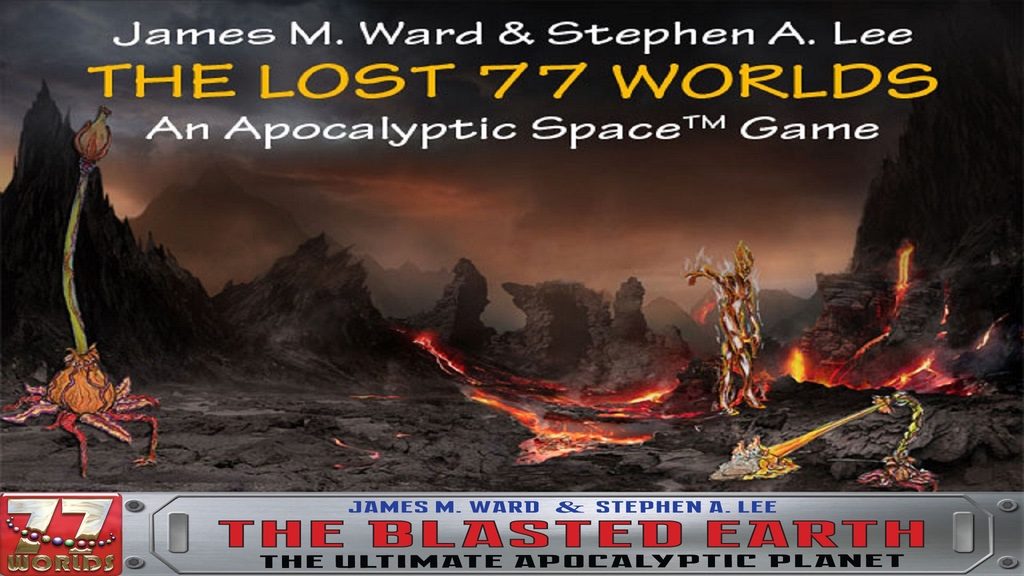